In an organic farm plan, the soil is managed by sustainable practices that nourish the soil, which in turn, results in more nutrient-dense crops. Multiple studies show the nutritional content in organically-grown fruits, vegetables, and grains is higher versus their conventionally-grown counterparts. And when it comes to dairy, did you know organic milk can contain about 2x the levels of heart-healthy Omega-3 fats compared to conventional milk?

2.    Supports the Farmer and the Farm

According to The Organic Center, about 25,800 square miles of degraded soils would be converted to rich, highly productive crop land if consumers were choosing at least one organic product out of every 10 food items purchased.  Every year, American tax dollars subsidize billions of dollars for a farm bill that heavily favors conventional agribusiness. By supporting organic farmers and their farms, you are making an investment in the farmers who care about our ecosystem and the sustainability of the soil for future generations.

Consider it a “Peace of Mind” seal of approval. Wherever you find the “USDA Organic” seal, you know that food was grown and raised by farmers who never use synthetic pesticides, GMOs, growth hormones or antibiotics.  The USDA Organic seal also guarantees no artificial colors or flavors, no artificial preservatives, no irradiated ingredients and no GMOs.  Further, to obtain the seal, organic farms have to be free from prohibited substances for at least 3 years and must pass yearly inspections.

Genetically modified organisms, or GMOs, are prohibited in organic production.  Besides concerns over forever contaminating our food supply’s gene pool and the now documented negative long-term effects on human and environmental health, GMOs have dramatically increased herbicide use.  Most GM crops are engineered to be “herbicide tolerant,” which means they’re designed to survive applications of Roundup herbicide. According to the Institute for Responsible Technology, between 1996 and 2008, US farmers sprayed an extra 383 million pounds of herbicide on GMOs. GM foods contain higher residues of toxic herbicides and consuming residual traces of herbicide are linked with infertility, hormone disruption, birth defects, and cancer.

5.    No Antibiotics or Hormones

Antibiotics, drugs and growth hormones are directly passed into meat and dairy products. According to Prevention Magazine, roughly 70% of antibiotics produced in the U.S. are fed to animals for nontherapeutic reasons, while sex and growth hormones are injected into cattle to artificially increase the amount of meat and milk the cattle produce without requiring extra feed. These practices are strictly prohibited in organic farming, thus eliminating the negative  potential health consequences.

Did you know that 2.9 billion barrels of imported oil would be eliminated each year if 1 in 10 purchased food products were organic? What’s more, organic farms have 30% less greenhouse gas emissions than their conventional couterparts! That’s some serious energy saved. There are also residual effects of synthetic agricultural chemicals contaminating our land and infiltrating our water supplies remain unanswered.  Sadly, an estimated 1% of applied pesticides reach the target pests, while the remaining 99% is absorbed by the surrounding environment, according to Cornell entomologist David Pimentel.  Conversely, organic farming practices require the responsible management of the soil while encouraging biodiversity.

Sewage sludge, also referred to as biosolids, are not permitted in certified organic foods. Biosolids contain heavy metals, toxins, steroids, and questionable substances that can pose a threat to your health. Possible health risks from substances in biosolids include kidney damage, adverse effects to the immune system, hormone disruption, and even cancer. (Source: Mamavation)

If you think organic tastes better, there’s actually scientific data to back up your taste buds. According to Richard C. Theuer, Ph.D, the more intense flavors in organic fruits and vegetables probably stem form two factors: somewhat higher levels of antioxidants, and somewhat lower crop yields.  Yield levels, and the availability of nitrogen to crops, can affect both nutritional and taste quality.  Organic food is harvested when it’s ripe, rather than gassed with ethylene to quickly ripen it, allowing for natural flavor development.

Organic farmers don’t uses persistent pesticides such as glyphosate and organophosphate pesticides. The negative effects of residual glyphosate traces found in GM foods has been linked to cancer, autism, allergies and a host of other health-related problems.  In lieu of these synthetic chemicals, organic farmers use natural methods to keep pests off of their crops. Some methods organic farmers employ are sophisticated crop rotation to disrupt the pest’s environment, introducing soil organisms and insects that benefit the crops, and traps or barriers.
10. Preserves the Environment and Ecosystems

Organic farming is about farming in harmony with nature.  Organic farming encourages the coexistence of beneficial insects, wildlife, frogs, birds and soil organisms within its farm plans.   The cultivation of healthy soil and crop rotation keep farmland healthy, while chemical abstinence preserves the ecosystem. 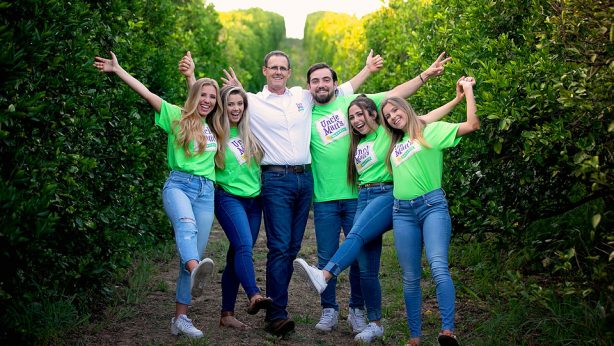 The health benefits of citrus

Loaded with vitamins and minerals. The vitamin C in citrus...