But until pretty recently, hard scientific evidence has been lacking.

Studies that seemed to prove the theory often turned out to be poorly designed – the organic and conventional crops weren’t grown in the same area or weren’t the same variety, for example. Or the samples were too small, the studies too short or they were flawed in some other way, according to food chemist Alyson Mitchell, an associate professor in the Department of Food, Science and Technology at UC Davis.

Mitchell says it was just a few years back that her own studies that found higher nutrient levels in organic crops were dismissed as nothing more than wishful thinking, no matter how well done the science was.

Now, though, the scientific fulcrum is swinging. It seems like a week doesn’t go by without a headline from university researchers somewhere in the world who have shown that organic tomatoes, corn, or some other fruits and vegetables contain more nutrients, especially when it comes to vitamin C and other antioxidants.

Just this year, three European studies have reported the benefits of organic crops, including peaches in France and apples in Poland.

The biggest was a four-year European Union-funded study of organic and conventional crops grown in side-by-side plots on 725 acres near Newcastle University, in the United Kingdom. The study showed levels of antioxidants 20 to 40 percent higher in organic wheat, tomatoes, potatoes, cabbage and lettuce, according to news reports.

Also making headlines was a 10-year study by a UC Davis team led by Mitchell, which looked at dried tomato samples collected over 10 years from side-by-side organic and conventionally farmed plots just west of the university. The results, published in the Journal of Agricultural Food Chemistry, were dramatic: The organic tomatoes contained 79 percent more of one antioxidant, and 97 percent more of another.

Mitchell says her team’s review of studies since 2000 shows that research techniques have improved, and that the “better studies demonstrate a trend of higher levels of flavonoids (one type of antioxidant) and vitamins in fruits and vegetables.”

Results seem to vary widely in the size of any organic benefit – or whether there is a benefit at all. Mitchell’s team spent three years looking at solids (a reflection of sugar) and antioxidants in fresh tomatoes and bell peppers. The organic tomatoes had higher levels of both solids and antioxidants than the conventional, but the bell peppers showed no differences, Mitchell said.

She’s looking at spinach now, curious if a leaf will show the same results as a fruit.

The trend would seem to be great news for shoppers. It should mean that consumers are getting a nutritional bonus when they ante up the extra for organic, along with avoiding pesticides and contributing to a cleaner environment.

“No,” says Mitchell. It’s just not that simple.

You can’t just figure you’re getting more nutrients by buying organic tomatoes instead of conventional, she says.

Where the tomatoes were grown, what kind of tomatoes they are, how ripe they were when they were picked, if they were kept cool or not, and how long they’ve been in the store all affect nutrient levels.

“Variety is critically important,” Mitchell says. Different varieties of tomatoes grown in the same area, in the same way, with the same handling and same amount of time on the shelf, will still vary in their nutrient levels simply based on their variety.

“The consumer doesn’t have a clue, except for apples, what variety they’re buying,” Mitchell says. Yellow onions, for example, can be a dozen different varieties throughout the year.

A two-year study of market broccoli will never be published, she says, because good research proved impossible. “How do you make a comparison when the conventional broccoli is on ice and the organic isn’t?”

Processing adds another wrinkle. Mitchell’s team studied 10 tomato-based pasta sauces, half organic, half not, and “we saw really no difference.” If the organic tomatoes had more nutrients to start with, the extra had disappeared by the time they hit the jar.

“I think we’re losing a lot of nutrition in processed foods,” she says.

When it comes to variety, whether it’s corn, tomatoes or peaches, modern commercial crops have been bred for high yield, resistance to disease, long shelf life, uniform size and an attractive appearance – anything but taste, or nutrition.

Mitchell says her recent tomato study showed that organic farming methods themselves – using manure and compost instead of synthetic nitrogen fertilizers – not only built healthier soil but pushed plants to produce more of their defense mechanisms, which are often antioxidants.

None of the recent research has been enough to get the U.S. Department of Agriculture to reconsider its stance that organic has nothing to do with nutrition. However, its counterpart in the United Kingdom, the Food Standards Agency, is taking another look at its official neutrality on the subject, according to the British press.

Nutritionist Marion Nestle, professor at New York University and author of “What to Eat,” (North Point Press, 2006), says, “I’m still skeptical – though there are so many reasons to buy organic.” Among the reasons: much lower pesticide residues and healthier land.

Organic versus conventional produce is such a hot research topic, and the financial stakes are so high on both sides that this debate will only intensify.

Mitchell, for her part, says, “What I’d like to tell everyone is to grow food when you can, support local farm systems when you can, try to buy organic and, whatever you do, buy fresh and cook it yourself.”

In a related story, a recent study by Mother Earth News, a magazine devoted to sustainability, found that eggs from pastured chickens are more nutritious and contain less cholesterol than conventional eggs.

The 2007 study compared eggs from 14 pastured flocks around the country with USDA nutritional data for commercial eggs.

The new study was a follow-up to a smaller one done in 2005, which showed similar results.

Among the many places to find information about the nutritional comparisons of organic versus conventional fruits and vegetables, here are a few relevant to the accompanying story: 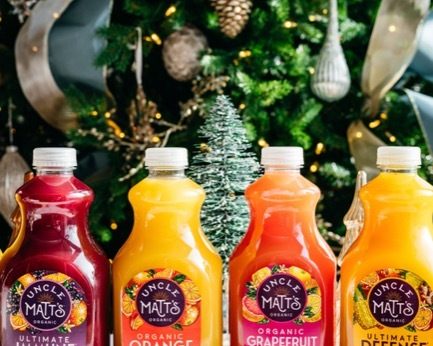 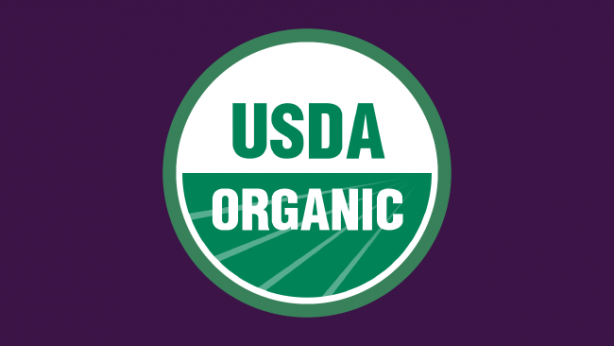