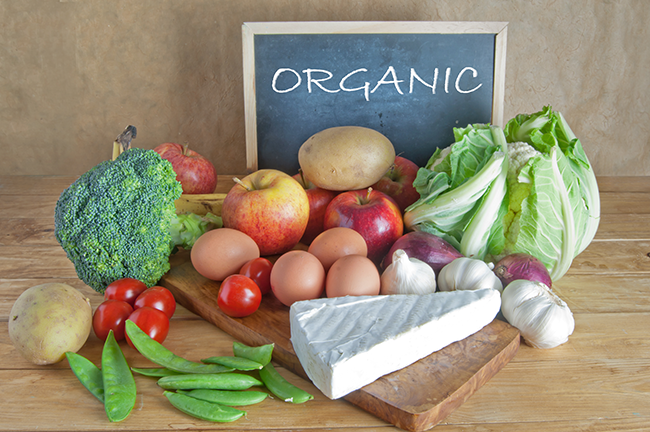 While most people know that organic means food grown and produced without synthetic pesticides and fertilizers, the cost of buying organic items is sometimes a major barrier for families and individuals who desire to eat organic and improve their overall health.

Many recent studies have backed the benefits of eating an organic diet, and some research reveals that eating organic can support the prevention of many illnesses and diseases, including cancer.

Researchers examined four families from different backgrounds who ate a conventional diet for 6 days, followed by an organic diet for another 6 days. By testing their urine samples before and after going organic researchers found huge drops in pesticide levels. Pesticides have been linked to cancer, hormonal imbalances, and neurological disorders.

After 6 days on the all organic diet, overall pesticide amounts dropped 60.5% in both adults and children. The most noteworthy statistic was a 95% drop in malathion, which is a toxin associated with brain damage in children.

This new study offers important information to consumers desiring to limit their exposure to the hundreds of millions of pounds of pesticides and herbicides used in the United States. While the study affirms previous research, it also revealed through testing newer classes of pesticides are also a problem; namely neonicotinoids and pyrethroids. It’s also worth mentioning that the study centered around the results of exposure, not health outcomes, when it comes to consuming organic foods. Aside from lowering toxins in the body, going organic can support the health of the planet.

Organic farming supports biodiversity, lowers pollution of the water, preserves the quality of soil and is more sustainable long-term.

According to a new study published in the British Journal...

The refreshing taste of strawberry lemonade with a twist… it’s like a margarita, but softer, and cuter! Add some mint and strawberries for garnish and enjoy this refreshing cocktail perfect for a #fiestafriday Find the recipe here: https://www.unclematts.com/uncle-matts-strawberry-pink-senoritas/

What’s in a Name? The Uncle Matt’s Naming Story:
https://www.unclematts.com/whats-in-a-name-the-uncle-matts-naming-story/