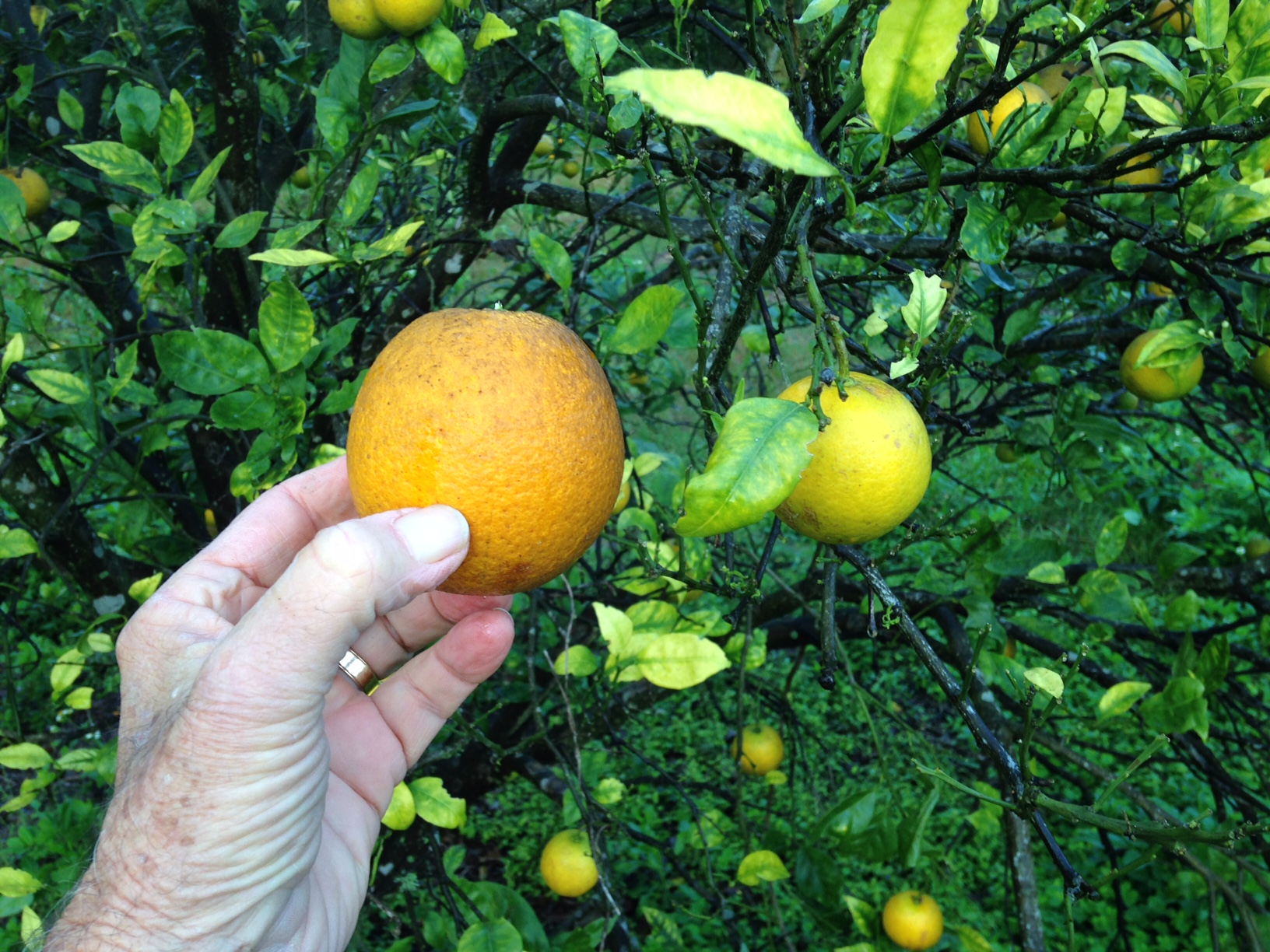 When I first wrote an article about Citrus Greening disease two years ago, crop conditions were already bad. Unfortunately, the damage and crop loss from Citrus Greening has only worsened.  The current USDA 2017-2018 estimate has the Florida orange crop down to only 46 million boxes– a very significant decline from the 2009 harvest of 166 million boxes.  Some of this loss is due to Hurricane Irma, but, prior to Irma, noted statistician Elizabeth Steiger had estimated the current crop at only 75 million boxes ––– a paltry projection compared to the 200 million+ box harvests of the early 2000’s.  Unfortunately, current projections do not forecast any significant improvement.  Thankfully, due in part to funding from The Organic Center important discoveries are being revealed for best practices on how to not only cope with, but cure, this industry-wide debilitating disease. Recent research into resistant varieties and rootstocks, organic probiotics, and the study of escape trees has given some hope for the long-term future of citrus production, and especially organic citrus production.

Citrus greening disease first appeared in 1919 in southern China and spread to South Africa in 1928 with widespread damage by the 1980’s. The disease reached Brazil and South America in the early 2000’s, and Florida in 2005. The widespread, damaging effects of Citrus Greening have also been measured across the Caribbean, Central America and Mexico.  Additionally, positive finds have been found in Texas, and recently infected trees have also been found in residential areas in southern California.

Spread by a tiny insect, the Asian Citrus Psyllid, citrus greening infects the trees when the psyllid injects the deadly bacteria it carries in its gut into the tree when feeding upon its leaves.  Once infected, the bacteria spreads to the root system, setting in motion a series of devastating symptoms that include premature fruit drop, small misshapen fruit, twig dieback, and even tree death.  Poor fruit quality is another problem, as infected trees often produce fruit that are small and sour-tasting relative to their healthy counterparts.

Citrus Greening has become endemic across Florida and has likely caused almost $5 billion in economic damage and resulted in the loss of up to 10,000 jobs.  A University of Florida economist has predicted that production will fall to only 27 million boxes in 2025 if a cure isn’t found, and the current trends suggest this could happen sooner.  And, unfortunately the inverse grim reality of rising production costs and plummeting yields leave most growers facing the same years-old harsh reality of  “half the yield at double the cost.”

However, recent research findings reveal a silver lining thanks in part to the funding from The Organic Center.  Discoveries from these studies have uncovered six helpful developments:

Ben McLean III is the Head of Research for Uncle Matt’s Organic, located in Clermont, Florida.  Uncle Matt’s Organic was founded in 1999 and is the nation’s oldest organic orange juice brand. Ben works with his brother, Matt McLean, who is the founder of Uncle Matt’s Organic, and his father Benny McLean Jr.  Together, the McLeans currently farm and manage over 500 acres of organic citrus, peaches, vegetables, and hay crops.

Your generous contribution to The Organic Center has helped to foster these experiments, from the direct funding of Dr. Rogers and Dr. Brlansky’s studies, the plantings of tolerant Sugar Belles, to the identification and study of survivor trees, to the cooperation with Dr. Roper and Dr. Ramadugu at UC Riverside.  Al of these efforts continue in part due to the support of The Organic Center. 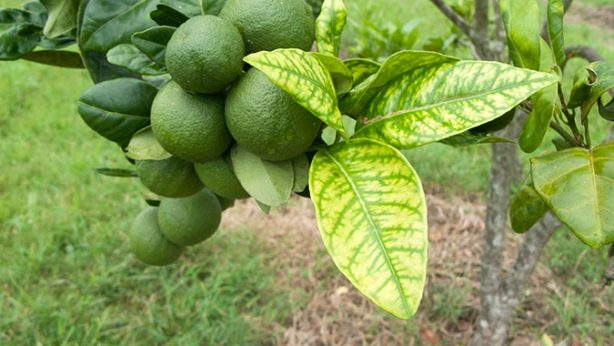 California citrus farmers import a parasitic wasp from Pakistan to...