Home Citrus Health Benefits Starting Your Day With Orange Juice May Be Really Good For You, According To Science 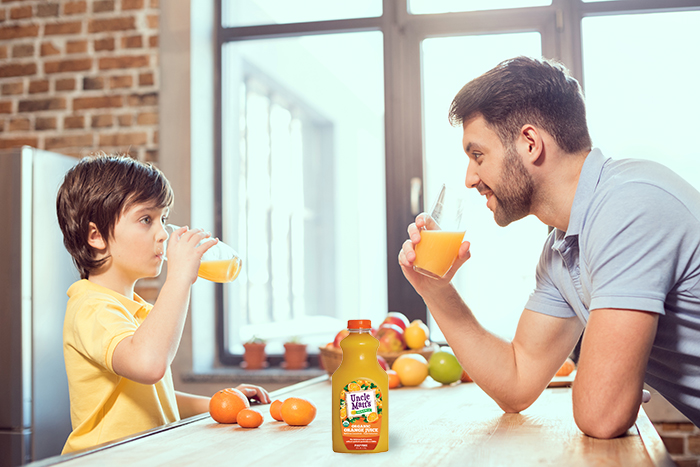 Drinking orange juice could help improve brain function in elderly people, according to new research from the University of Reading.

The study saw a group of 37 healthy adults (mean age 67 years) consuming 500ml (just under a pint) of orange juice, daily over an eight week period. At the beginning and end of the eight weeks their memory, reaction time and verbal fluency was measured. These were then combined into one overall score known as ‘global cognitive function’.

The adults showed an 8% overall improvement in global cognitive function after orange juice consumption compared to a control drink (matched for taste and calories) given during a different eight week period. Although subtle, these improvements are significant.

One of the tests of verbal memory required learning a list of words which are then recalled immediately and after a 30 minute delay. An 8% improvement equates to remembering one more word from a shopping list of 15 items. Small improvements such as this over an eight week period could translate into substantial improvements over the lifespan.

While the researchers are not recommending that people drink 500ml of orange juice every day, they believe these findings show that the constituents of orange juice could play an important role in providing brain-boosting nutrients as part of a healthy, balanced diet. They also wish to reinforce the importance of being aware of the nutritional content of fresh fruit juice drinks, relative to daily recommended intake of sugar.

Dr Daniel Lamport, from the University’s School of Psychology and Clinical Language Sciences and co-author of the study, said: “The population is ageing rapidly across the world. Estimates suggest that the number of persons aged 60 or over could triple by 2100. It’s therefore imperative that we explore simple, cost-effective ways to improve cognitive function in old age.”

Orange juice is a major source of a group of naturally occurring plant phytochemicals known as flavonoids, being particularly rich in a sub-class of flavonoids, known as flavanones. Recent studies from the School of Chemistry, Food and Pharmacy have shown that flavonoids may improve memory through the activation of signalling pathways in the hippocampus, a part of the brain that is associated with learning and memory.

This study is thought to be one of the first to show that regularly consuming orange juice flavanones could have a positive effect on older people’s cognition.

Dr Lamport continued: “Small, easily administered changes to the daily diet, such as eating more flavonoid-rich fruits and vegetables, have the potential to substantially benefit brain health. We know that people find it difficult to sustain big changes to their diet but simple alterations are much easier to maintain permanently.

“More research on the positive effects of flavonoids on cognition is still needed. However, this is an important discovery which strengthens the growing body of evidence that flavonoid rich foodstuffs could play a big role in tackling cognition decline in old age.”

Previous Reading research has shown that other flavonoid rich foods such as blueberries are beneficial for cognition. Research is still ongoing to determine the exact mechanisms by which flavonoids may exert benefits to the brain. Several mechanisms have been proposed such as improved blood flow in the brain and protecting neurons against oxidative damage and increasing the efficiency with which neurons transmit signals.

Chronic consumption of flavanone-rich orange juice is associated with cognitive benefits: an 8-wk, randomized, double-blind, placebo-controlled trial in healthy older adults 1-3 was published in the March issue of the American Journal of Clinical Nutrition. 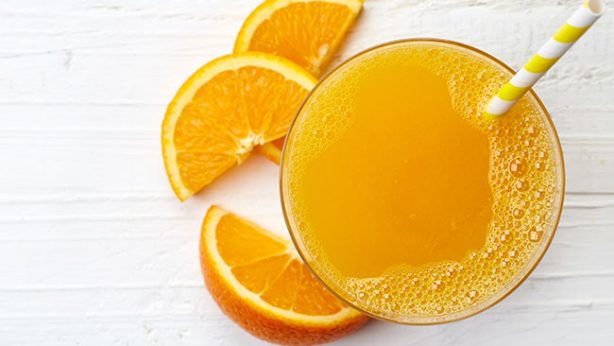 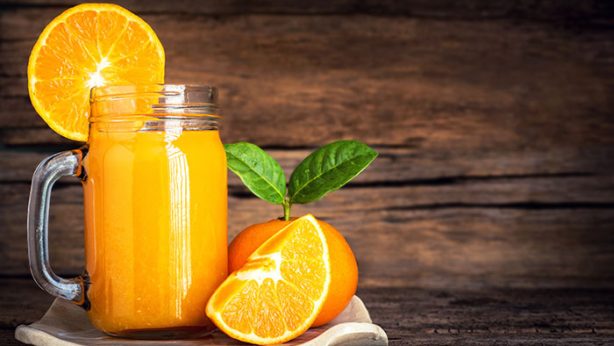