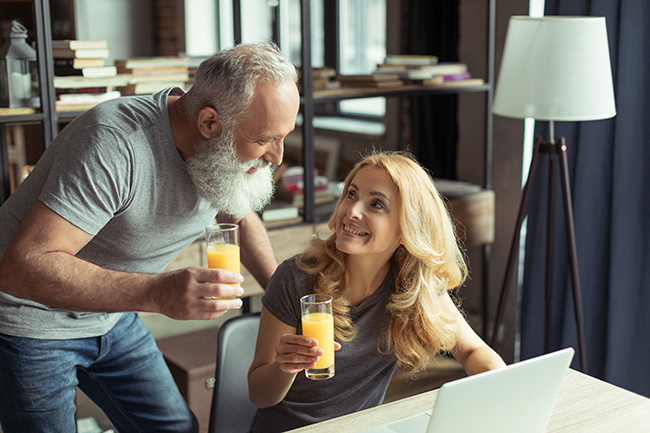 In order to have stronger, healthier bones, all you need to do is to drink orange juice daily. According to a report by The Daily Mail, a new study suggests that increasing your intake of vitamin C can reduce the risk of hip fractures.

Researchers from Zhengzhou University in China carried out a meta-analysis to assess the association of dietary consumption of vitamin C and the risk of hip fracture. In the study, they analyzed data from a total of six previous studies on vitamin C and fracture risk, with more than 10,000 study participants in all. For this study, they observed the vitamin C intake of 2,899 patients with hip fracture. Then, they compared the results with 7,908 healthy volunteers of a similar age. The meta-analysis on vitamin C and its effect on bones revealed that vitamin C consumption, whether by eating foods rich in vitamin C or drinking their juice, make bones stronger and prevents fractures.

The findings of the study revealed that the risk of a hip fracture can be reduced by five percent for every 50 milligrams intake of vitamin C per day, which is equal to nearly one medium-sized orange or one-fourth of a glass of freshly squeezed orange juice. This means that one eight-ounce glass of orange juice could possibly lower the risk by 20 percent, while two glasses could reduce the risk by 40 percent. The researchers concluded that increasing the amount of vitamin C in your diet can reduce the risk of hip fracture. To strengthen bones, vitamin C works by triggering cells known as osteoblasts to become mature bone cells.

“Our results strongly support the idea that increasing dietary vitamin C can decrease the risk of hip fracture,” the researchers wrote.

The study was published in the journal Osteoporosis International.

Vitamin C and its functions

Vitamin C is essential for the growth and repair of tissues in every part of the body. It is used to form a key protein that makes skin, tendons, ligaments, and blood vessels. It is also used to heal wounds and form scar tissue, repair and maintain cartilage, bones, and teeth, and help in the absorption of iron. The recommended vitamin C intake for male adults is 90 milligrams per day, while female adults need 75 milligrams of vitamin C a day. Aside from orange and orange juice, other citrus fruits, tomatoes and tomato juice, and potatoes are major sources of vitamin C to the American diet. 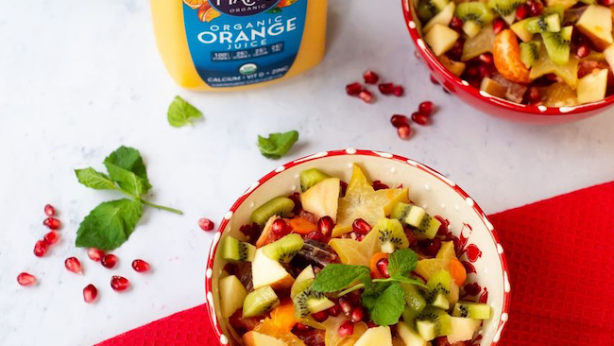 This bright, fresh salad of sweet-tangy citrus is studded with... 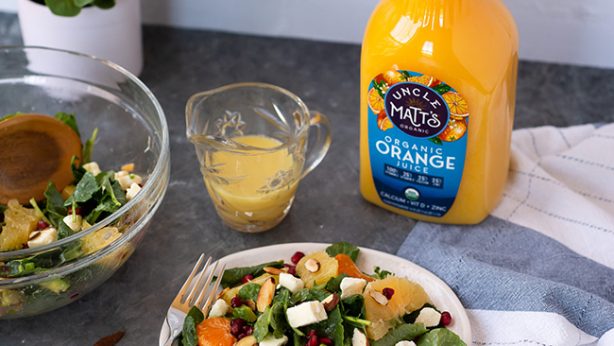 Looking for a salad that will wow your guests this...

If there’s one beverage that goes hand-in-hand in with the holiday season and cooler months, it’s hot chocolate! We’ve elevated this beverage with a subtle citrus infusion brought to you by Uncle Matt’s OJ! Find the recipe here: https://www.unclematts.com/orange-hot-chocolate/

Perfect for game day, these Slow Cooker Orange Meatballs will be gone before kick-off! Grab the recipe here: https://www.unclematts.com/slow-cooker-organic-orange-meatballs/

From The Blog: Community Service Gets Sustainable
https://www.unclematts.com/community-service-gets-sustainable/