One-hundred percent grapefruit juice – a dieter’s friend? A new study, published in Nutrition & Metabolism, concluded that enjoying a pre-meal snack of grapefruit, grapefruit juice or water as part of a reduced-calorie diet can be part of an effective weight loss strategy for obese adults.(1)

Researchers at Vanderbilt University found that obese adults who consumed half a grapefruit, about a half-cup (4.5 ounces) of 100 percent grapefruit juice or about a half-cup (4.5 ounces) of water before three main meals, while on a reduced-calorie diet, experienced significant decreases in weight, body mass index (BMI) and waist circumference. Following the 14-week study, participants experienced an average weight loss of 7.1 percent of their initial body weight. This translates to an average of about 15 pounds per person.

“There’s often a misconception that 100 percent fruit juice should be omitted by those on a weight loss plan,” says Heidi J. Silver, PhD, RD, Assistant Professor of Medicine, Vanderbilt Center for Human Nutrition. “However, this study shows that consumption of a half-cup of 100 percent grapefruit juice led to similar weight loss results as those who chose fresh grapefruit or water as a pre-meal snack three times daily. As with any food or beverage, it’s all about moderation while on a weight loss plan.”

While the study shows that participants who consumed a serving of grapefruit or 100 percent grapefruit juice before meals lost the same average weight as those who drank water, these individuals experienced additional potentially significant benefits not reported in the water-drinking group:

“These findings are noteworthy given that dietary fiber and vitamin C are generally under-consumed by the U.S. population,”(2) adds Gail Rampersaud, MS, RD, LDN, Assistant in Nutrition Research and Education, University of Florida. “Quite often, individuals inadvertently reduce nutrient intake while on a weight loss plan. Grapefruit and 100 percent grapefruit juice are nutrient-rich, making regular consumption an ideal and convenient way to obtain essential vitamins and minerals while maintaining a healthy, reduced-calorie diet.” 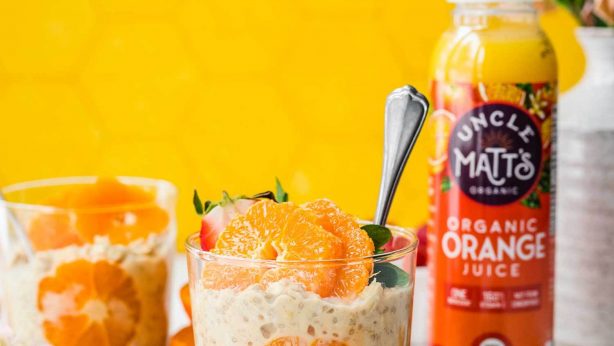 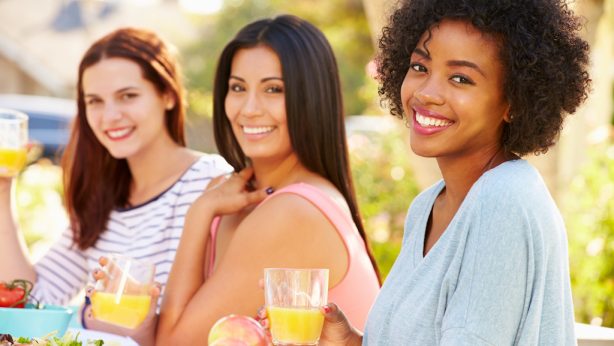 Editor’s Note: This post was originally published in June 2018...

Fa-la-la-la-la! The holiday entertaining season is in full swing, and we’ve got your new go-to festive cocktail to put you in the ho ho ho spirit. What's more, keep reading for a mocktail spin on this orange apple cider treat!

Happy Thanksgiving! 🍂 From our table to yours, we hope you have a wonderful and blessed day full of family, love and thankfulness. We are thankful this year for each of you and your support of our family business. 🦃

Hosting #friendsgiving? This is the perfect thyme for our lemonade cocktail! Made with our No Sugar Added Lemonade, you’ll want to make this delicious beverage for your Thanksgiving gatherings thyme and thyme again. Find the recipe here: https://www.unclematts.com/thyme-for-lemonade-cocktail/