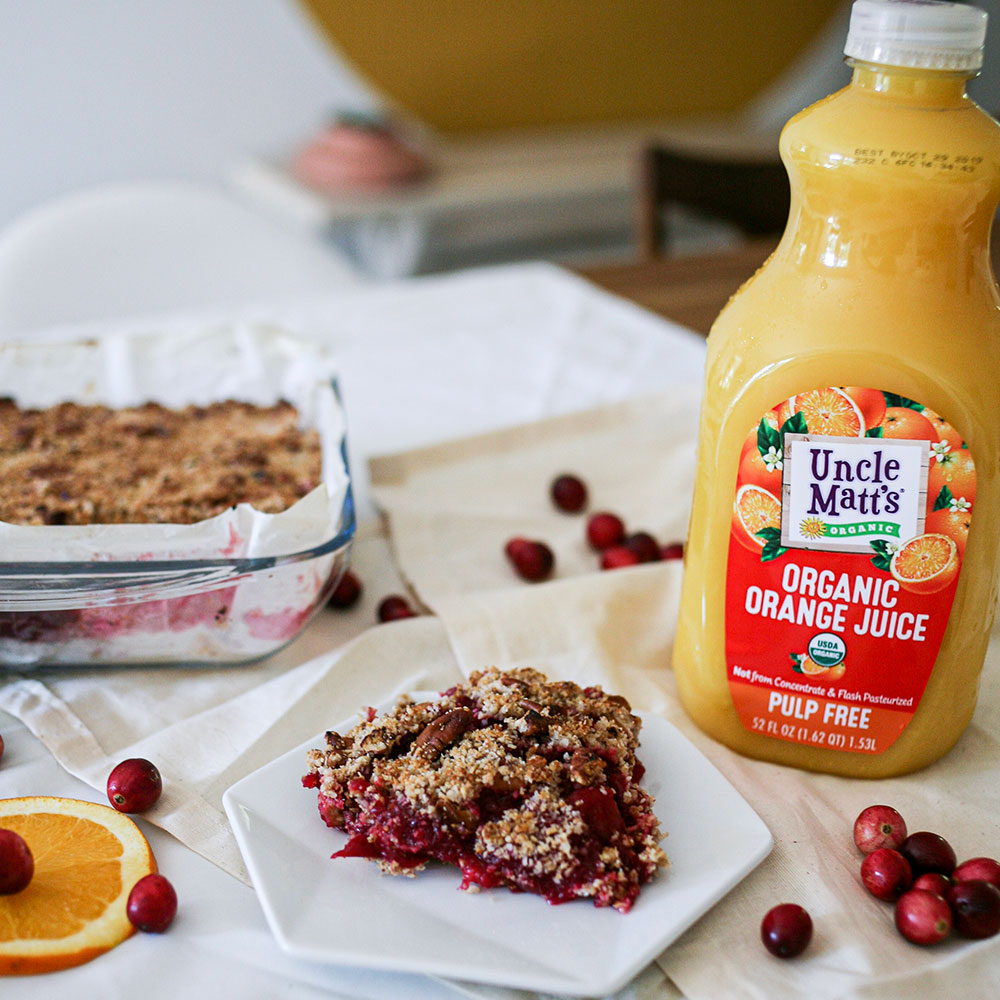 Preheat the oven to 350 degrees F. In a deep saucepan or pot, begin cooking cranberries, orange juice, and sugar on medium high heat. Stir frequently. Once the mixture begins to thicken, reduce the heat to medium low and cook until the cranberries are soft and the filling is a jammy consistency (about 20 minutes). Remove from burner.

In a food processor, combine unsweetened coconut shreds, salt, cinnamon, and oats until a fine powder forms. Add dates, melted coconut oil, and warm water until a soft, crumbly mixture begins to form. The consistency should be crumbly but then firm when pressed together, if needed, add more water — 1 tbsp at a time.

Line a 10”x10” baking dish with parchment paper. Transfer ⅔ of the crust mixture (reserve ⅓ of the mixture) to the dish. Use oiled hands or the bottom of a cup to press the mixture until a crust forms.

Bake this bottom layer in the oven for 10-12 minutes on 350 degrees F, or until lightly golden. Remove from oven.

Increase the oven heat to 425 degrees F. Pour filling into the baking dish, on top of the baked crust. Mix ½ cup of chopped pecans evenly into the reserved crust mixture. Sprinkle the remaining crust mixture evenly over the filling until fully covered. Lightly press the until a loose crust has formed. Bake in the oven until the top crust becomes golden brown, about 12-15 minutes. Allow to cool completely before cutting into. Enjoy for up to 10 days if kept in the fridge!

Recipe in partnership with Karsyn Dupree 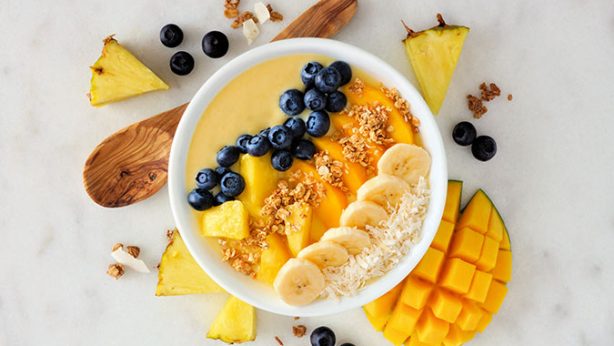 Kick off your breakfast routine with this healthy antioxidant mash... 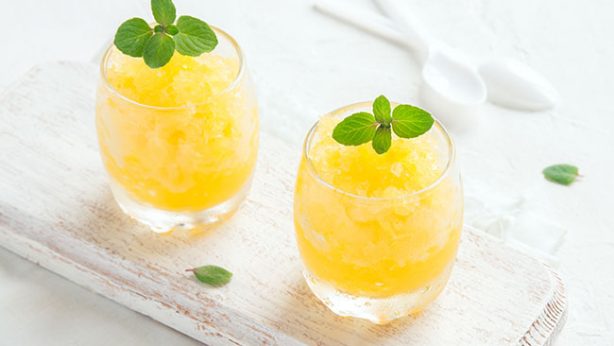 Looking for the ultimate bevvy for your Saturday wind-down that's...