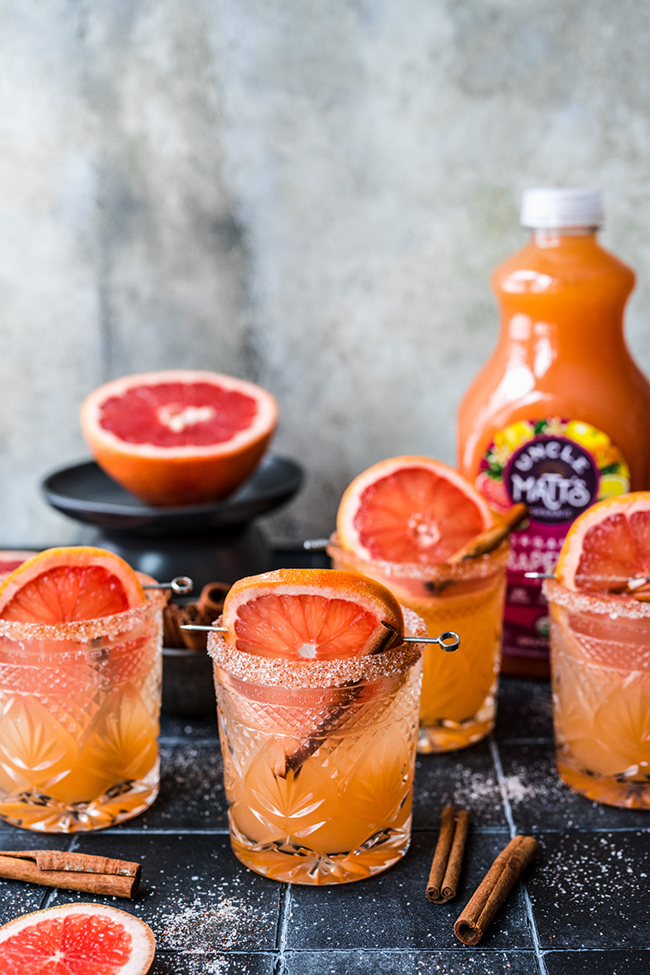 A paloma but give it a little kick! The tart taste of Uncle Matt’s Organic Grapefruit juice mixed with cinnamon and chili powder is the powerful flavor combo you didn’t know you needed in an adult beverage. This is the perfect way to spice up your next round of pre-dinner cocktails!

Coarse sea salt + a pinch of chili powder for the rim

Bring water and sugar to a simmer in a small saucepan. Stir until sugar is dissolved. Remove from heat, add cinnamon sticks, cover and let sit for at least 30 minutes (or up to 2 hours). Remove cinnamon sticks and store in refrigerator until ready to use.

To make the cocktail:

Dip the rim of each glass in a small amount of simple syrup, then dip into salt mixed with a pinch of chili powder (optional) until well coated.

Add all ingredients except club soda to a cocktail shaker over ice. Shake well, then strain into glass and top off with club soda. 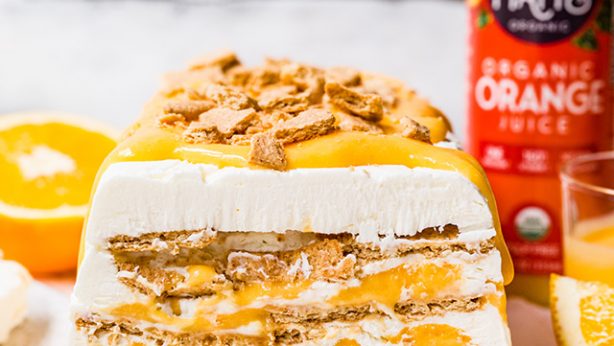 Remember that excitement as a kid when someone served an... 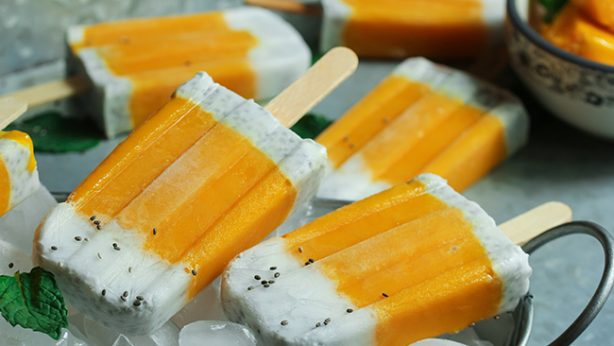 Did you ever make your own ice pops out of...