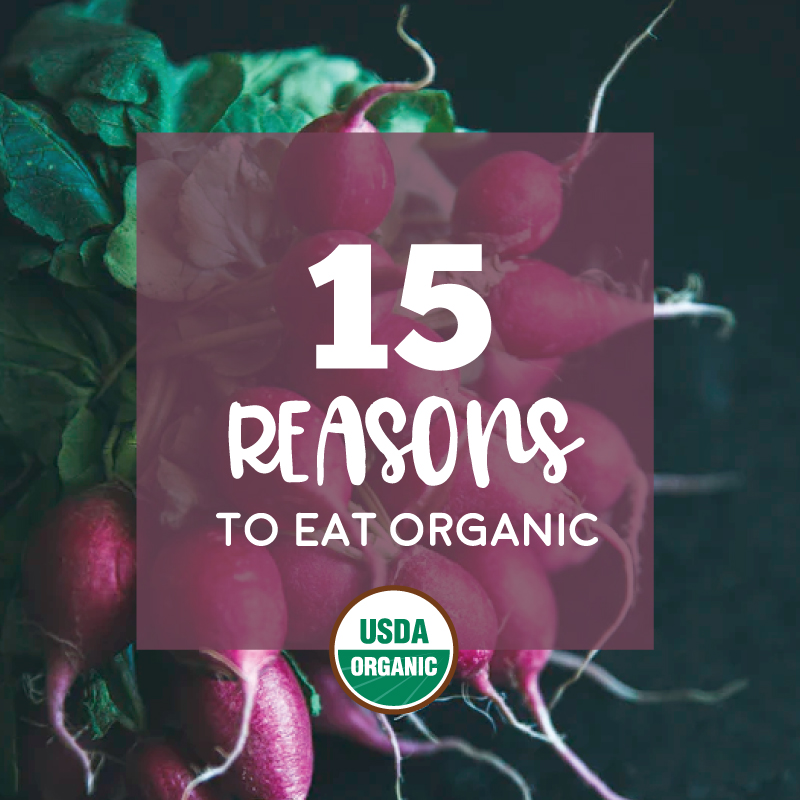 Consumers are looking for reasons to eat healthier and they want more information about where their food comes from and how it was produced. There are hundreds of reasons to choose certified organic over conventional products, but we’ve narrowed it down to the top 15 reasons to eat organic.

Eating organic reduces the amount of chemicals in your diet namely persistent pesticides. The use of insecticides, fungicides, fertilizers and weedkillers are strictly monitored in organic food production.

Organic farming produces healthy food without the use of toxic pesticides. While some organic farmers do use pesticides they are primarily derived from natural substances. These natural pesticides must be approved for organic production. The National Organic Standards Board, or NOSB, and the National Organic Program, or NOP. maintain a list of materials approved for use in organic production. This list is determined with input from farmers, business owners, consumer advocates, and the public. The general rule for the national list is that naturally occurring materials are allowed, and synthetic materials are prohibited, however there are some exceptions. Once the NOSB and NOP add a material to the national list, third-party organizations like the Organic Materials Review Institute evaluate new products to make sure they’re in compliance. It’s a process that involves hundreds of technical experts. Learn more about this process from the Rodale Institute. The natural pesticides that are approved are only allowed to be used when other pest control methods aren’t successful. Find out why pesticides can’t just be “washed off” here.

Eating organic is the best way to avoid GMO foods, ingredients and contamination. The use of genetically modified organisms, or GMOs. is prohibited in organic products. This means an organic farmer can’t plant GMO seeds, an organic cow can’t eat GMO alfalfa or corn, and an organic soup producer can’t use any GMO ingredients. To meet the USDA organic regulations, farmers and processors must show they aren’t using GMOs, and that they are protecting their products from contact with prohibited substances, such as GMOs, from farm to table.

Learn more about why choosing organic is the best way to steer clear of GMOs.

No artificial colors, flavors or preservatives are allowed in organic food. Cleaner food means cleaner diets which leads to a cleaner bill of health.

No artificial preservatives, colors or flavors are allowed in organic food. Fewer than 40 synthetic substances can be used in organic packaged foods, and only after they have been reviewed by independent and government experts. By contrast, thousands of chemicals can be added to conventional packaged foods, including preservatives, flavors and colors linked to health problems. Learn more about these differences in organic and conventional foods from EWG.

The issues with these synthetics additives that are found in processed conventional foods is that they are targeted at children and parents. These chemically addictive additives lead to many health problems. The hidden cost in this “cheap” food is the fees American’s are paying with their health. From diabetes to obesity, to ADHD, the food-related diseases are at an all-time high. As the New York Times recently put it, “Our Food Is Killing Us.”

Organic food contains more vitamins, minerals, enzymes and micronutrients than conventionally raised food. There is a growing body of evidence documenting how farming methods can influence the nutritional content of foods.

Eat organic because supply meets demand. As consumers we have three votes per day for our food future. This puts us in a powerful position to design the $1 trillion food industry market in America. Spending dollars in the organic sector is a direct vote for a sustainable future for the many generations to come. Although organic is the largest growing sector in the food industry, it still only accounts for around 5% of purchases. The more consumers demand organic, the more readily it will be made available in larger supply. Large grocery outlets like Costco and Wal-Mart carry organic food but so do small Co-Ops and corner stores. Costco passed $4 billion in annual sales from organic produce in 2016, eclipsing Whole Foods for the title of organic heavyweight champion in the U.S. Organic farmers couldn’t grow produce fast enough to supply the retailer so they decided to lend money to farmers to buy land and equipment to grow more organic produce. If the organic industry continues to grow, more opportunities, like the one Costco provides to farmers, will be available to people looking to move into the organic space.

Organic farming never uses sewage sludge. Sewage sludge is a product of wastewater treatment and contains numerous known and unknown hazardous materials – including everything that is flushed into the sewer system. Once treated, sewage sludge can be applied to agricultural cropland as fertilizer – meaning, this chemical soup that is often full of toxic compounds, nanomaterial, hormones and dangerous pathogens, are applied to the very food we eat. But not on organic food!

Organic products are managed according to defined processes for planting, growing, raising and handling. A very important part of the process-based regulatory framework is the prohibition of certain methods in organic production and handling. Methods like irradiation, sewage sludge, and genetic engineering are all expressly prohibited from being used when growing or processing organic foods.

Organic food is never irradiated. Irradiated food is exposed to an intense ionizing radiation. This is done in a processing room for a specified duration. With food irradiation, radiant energy (electrons, gamma rays or x-rays) breaks chemical bonds and the intention is to reduce microorganisms. The concern is that radiation is known to cause cancer. Irradiated food does not meet the U.S. Department of Agriculture’s definition of organic.

The USDA works with the FDA to incorporate food irradiation where it is appropriate. The USDA also controls the use of the word “organic” on food labels. Foods that have been irradiated, no matter how they are grown or produced, cannot be labeled as a USDA certified organic product.

Organic farming supports carbon sequestration, which helps to mitigate rising atmospheric carbon dioxide levels. The primary benefit of organic crop and livestock production, compared to conventional agriculture, is that it is focused on soil-based production with underlying principles of maintaining or improving soil quality. Healthy soil counteracts climate change by pulling carbon out of the atmosphere. This is similar to how native ecosystems, including prairies and forests, act as carbon sinks in nature.

Recent data from farming systems and pasture trials around the globe show that we could sequester more than 100% of current annual CO2 emissions with a switch to regenerative organic agriculture practices. Take a deeper dive into carbon sequestration and climate change-related news stories and studies below.

Organic farms and crops are pollinator-friendly and protect bees, pollinators and wildlife from toxic chemicals. The Organic Center released a report showing that organic farming has an important role to play in supporting the health of our pollinators. Large-scale, chemically intensive agricultural production has been implicated as a major source of threats to pollinators. Increasingly, scientific research demonstrates that the use of toxic synthetic pesticides, destruction of native habitat, and a decrease in nutritious forage due to extensive use of mono-cropping are detrimental to pollinators. A number of studies reviewed in this report have demonstrated that organic farming practices alleviate many threats to honey bees and that organic farms support significantly more pollinators than conventional farms.  This is because organic farming standards not only prohibit the use of synthetic pesticides, many of which are highly toxic to bees and can be persistent in the environment but also require that organic producers manage their farms in a manner that fosters biodiversity and improves natural resources.

In 2018, the Organic Center released a report that details the impacts of the conventional use of synthetic pesticides on farmer and farmworker health – and how organic can be used as a model to decrease the exposure of this important part of our society.

A recent study published in Environmental Research adds evidence to a larger body of research showing that eating organic very well may reduce pesticides in the human body. The study found that families eating a 100 percent organic diet rapidly and dramatically reduced their exposure to four classes of pesticides—by an average of 60 percent—over six days.

Support a healthy environment for all of us by choosing organic food. Organic farming practices result in numerous environmental benefits.

GMO contamination is a reality, but you have the power to reject GMOs by choosing organic. Recently in 2019, farmers in France and Germany were digging up thousands of hectares of rapeseed fields after traces of genetically engineered crops (GMOs) banned for cultivation were found in seeds sold by Bayer. In the same year, the USDA confirmed the discovery of unapproved, genetically engineered wheat plants growing in an agricultural field in Washington State.

The Center for Food Safety has documented a few other episodes in which pollen or seeds from genetically engineered crops have contaminated conventional crops, often causing seed or product recalls, and other problems for farmers and consumers. The use of GMOs is prohibited in organic products.

Choosing organic protects the streams and lakes downstream from toxic runoff that conventional farming produces. Many byproducts of conventional farming threaten watersheds and pollute drinking water. Runoff from farms carries soil and farm inputs-like fertilizer and pesticides- into nearby creeks and streams. Excess nitrogen and phosphorous that has leeched into the water causes an overgrowth of algae in a short period of time (algae blooms). The overgrowth of algae consumes oxygen and blocks sunlight from underwater plants. The lack of oxygen makes it impossible for aquatic life to survive, creating dead zones. The largest dead zone is in the Gulf of Mexico and occurs every summer as a result of nutrient pollution from farms leeching and running down through the Mississippi River.

Organic farmers, like any others, need to provide nitrogen and phosphorus for crops grow. But unlike conventional farmers, organic farmers rarely rely primarily on chemical fertilizers, which would be costly and inconsistent with the organic approach to soil fertility. Organic farmers use natural organic fertilizers and soil amendments like organic matter, green manures, and animal manures to build healthy soil.  The use of organic soil amendments rather than synthetic fertilizers provides crops with complex nutrient sources that are slow to release and limit their loss into the soil and into our waters.

Other solutions to curbing farm runoff include the use of buffer zones, removing the use or need for synthetic inputs, and creating healthy soil. Cover cropping helps prevent soils from washing away, and help recycle nutrients; crop rotations prevent nutrient stripping from the soil; and the composting of plant and animal materials, and the use of manure as fertilizer results in higher rates of nitrogen recycling reducing the introduction of new nitrogen pollution to the environment. All of these practices are already common strategies in organic agriculture. Crop rotations also prevent nutrient stripping from the soil.

Eating organic can reduce your risk of cancer. A new study in JAMA Internal Medicine found that those who ate organic foods frequently lowered their overall risk of developing cancer. Specifically, those who primarily eat organic foods were more likely to ward off non-Hodgkin lymphoma and postmenopausal breast cancer compared to those who rarely or never ate organic foods. 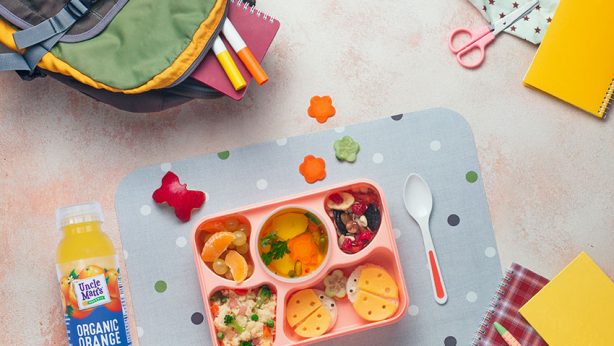 Healthy hacks for back-to-school on a budget

Whether you're opting for virtual or in-classroom learning this year,... 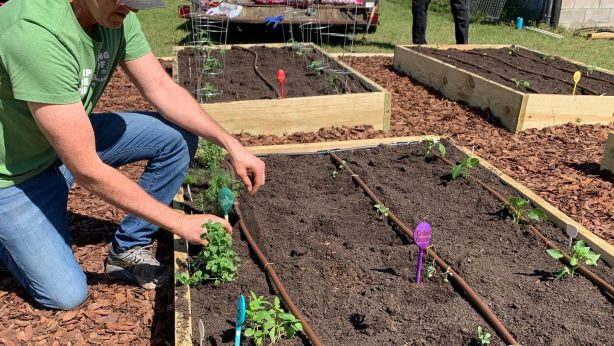 Why is it important for your brand to celebrate Earth...